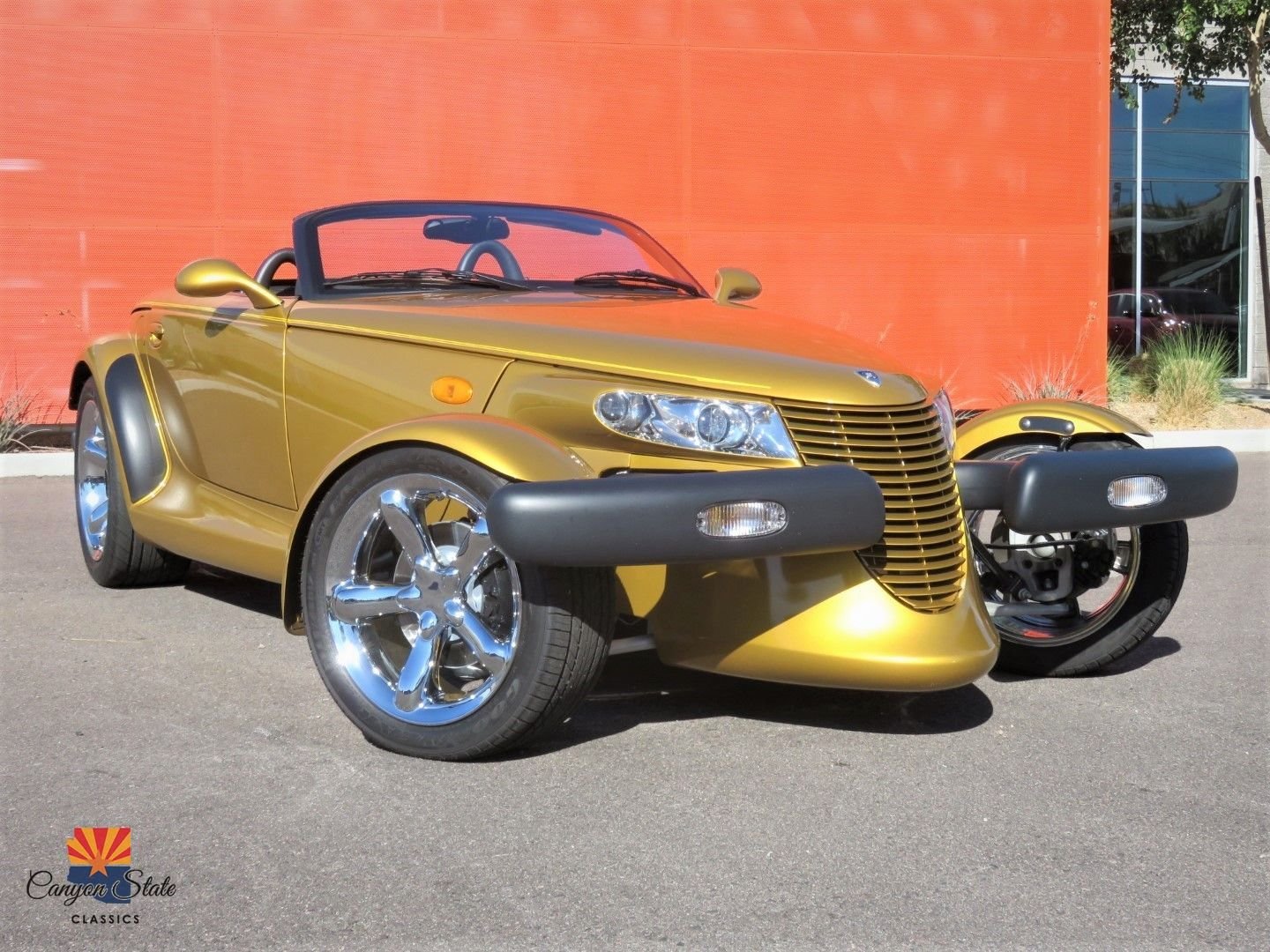 Is there a modern equivalent to the custom street rod? It'd have to be a car that's fast, stylish, technological, luxurious and built with an astute attention to detail. It'd also have to be a car that's exclusive, turns heads and has potential for major collect ability. How about this super low-mileage Prowler? With an aluminum V6, a modern 4-speed, an aluminum-intensive frame, a hand-built body and a stylish leather interior, it's every bit as meticulous as it is reliable. And since only 11K of these purpose-built halo cars were produced, you'd better believe it's poised for a surge in popularity.

Penned by Chrysler engineers who were given free rein to create whatever they wanted in a sportster type vehicle, this drop-top exhibits the perfect combination of hot rod style and advanced technology. Today, after years of fastidious work to keep its 2-stage urethane clean and ultra-shiny, the car's glossy factory body looks brand new in virtually every way. And speaking of that pin striped body, it's 1 of only 616 Inca Gold Prowlers built for the 2002 model year.

When Prowlers finally hit the streets, many purists were upset that a V6 was the only powertrain option. What those purists failed to realize was: 1) with 253 horses and 255 lb./ft. of torque, the car's 3.5 liter V6 was making virtually the same power as Chrysler's Magnum V8s of the time, and 2) when combined with the car's lightweight chassis and low center of gravity, it posted some very impressive performance numbers. Naturally, the mill has benefitted from basic maintenance but, beyond that, everything is essentially fresh out of the box. It certainly appears that the car has been driven often enough to keep every system in top operating condition.

A 42LE 4-speed automatic transaxle, which features an 'AutoStick' gear change setting, is more of a toy than a functional performance improvement. But it fits the Prowler's persona perfectly. That road-ready drivetrain is held off the ground by an aluminum-intensive chassis, which is equipped with an independent double A-arm front and multi-link rear suspension. Stops come courtesy of four discs, which measure 11 inches up front and 13 inches out back. The engine growls a rowdy, throaty exhaust note through two fat pipes, which exit just under the rear bumpers. Flash is provided by standard chrome wheels, which spin 225/45R17 front and 295/40R20 rear Goodyear Eagle GS-Ds. And all that advanced hardware results in a perfect 50/50 weight distribution, making this roadster an absolute blast to drive!