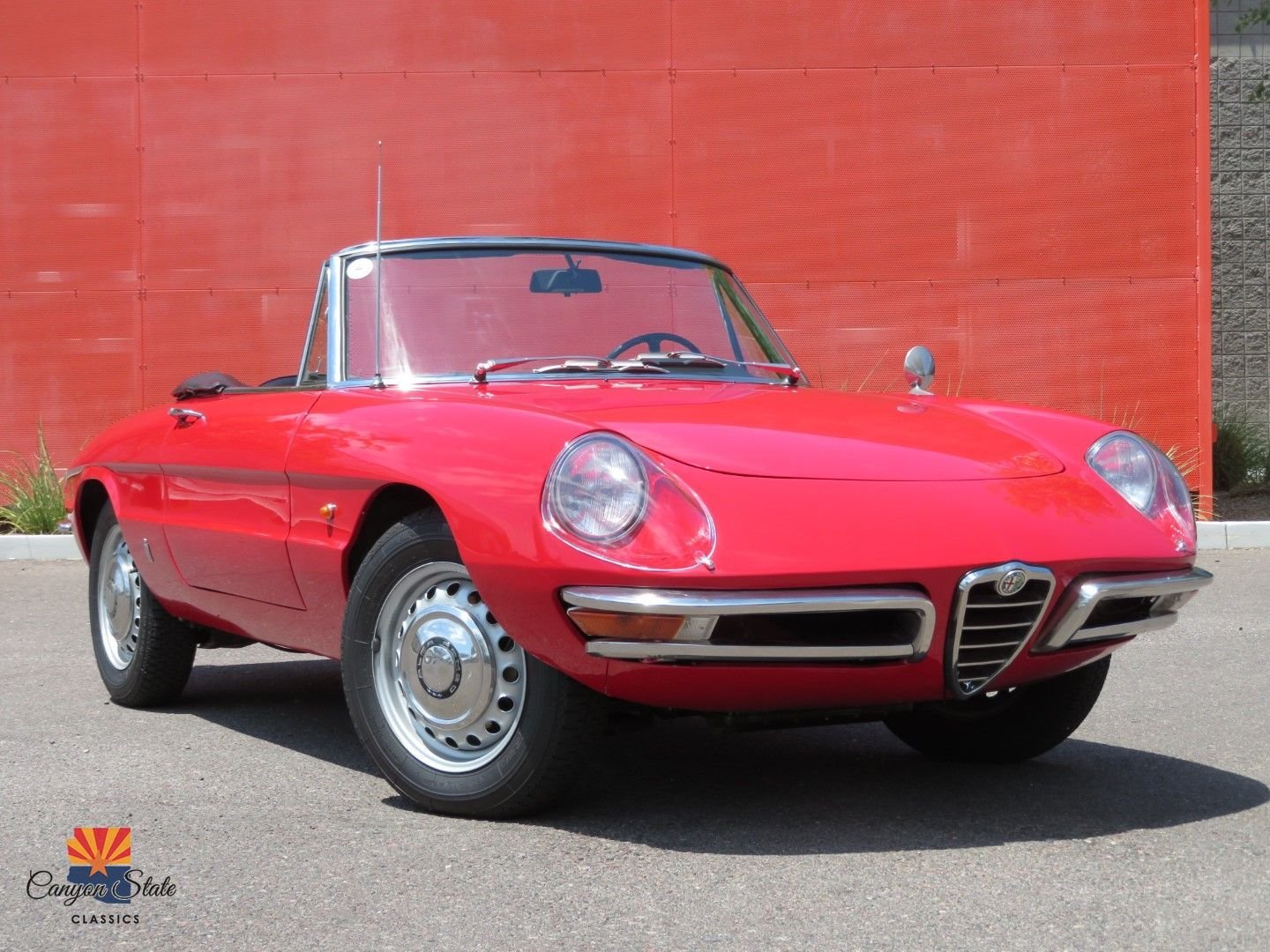 This is your chance to own one of the nicest best restored Alfa Duetto Spiders currently available on the market Worldwide. This car sold on Bring a Trailer 2 years ago for nearly $60,000 and they have gone up since then! Call Jon with any questions and please see the link below to hundreds of pictures of the restoration!

This 1967 Alfa Romeo Spider Duetto 1600 was purchased new in Frankfurt, Germany and is one of 6,324 produced from 1966-67. Launched at 1966 Geneva Motor Show, the Series 1 or boat tail Spider received the unofficial Duetto designation as a result of a write-in competition to name the model. This example spent much of its life with an Alfa enthusiast in Colorado, where it was subsequently stored for 17 years following his passing. The car was sent to the shop for restoration in 2015, and has had only one owner sice who pit only a few thousand brake in miles on it. The full rotisserie restoration of this Type 105.03 included a bare-metal respray in Alfa Red following significant body fab work, underbody and interior epoxy-sealed and covered with urethane bedliner, complete brake/suspension rebuilds, fuel tank refurb, engine/carb rebuilds, full interior retrim, and new Michelin tires on restored factory wheels. The 1570cc inline-4 is said to be a factory replacement added by the original owner, and retains dual Weber carbs and a 5-speed manual. The seller reports the car is running strong with no current mechanical issues. This Duetto is offered with an extensive written and photographic record of the restoration.

Professional restoration included new floors, rockers and quarters, and a repaired passenger side headlight nacelle. A bare-metal respray followed using two-stage Alfa Red (AR501) paint, after extensive blocking and surface prep, according to the seller. Carello lenses were test fit during body prep to ensure proper fit, and threaded fasteners were added underneath for easier removal and maintenance. New turn signal and tail light housings were also added, and the seller notes all tail light lenses have now been switched to red.

The 1570cc twin-cam inline-4 is said to be a factory replacement block with an early head rebuilt by Bob McKeown. With dual Weber DCOE27 side-draft carbs, this set-up was rated at 108hp when new. There are no current mechanical issues and the engine runs and pulls well.

Under body photos show a dry car with no fluid leaks or seeps. Some road dust has accumulated, but no signs of corrosion, rust or damage are visible. Restoration work included: