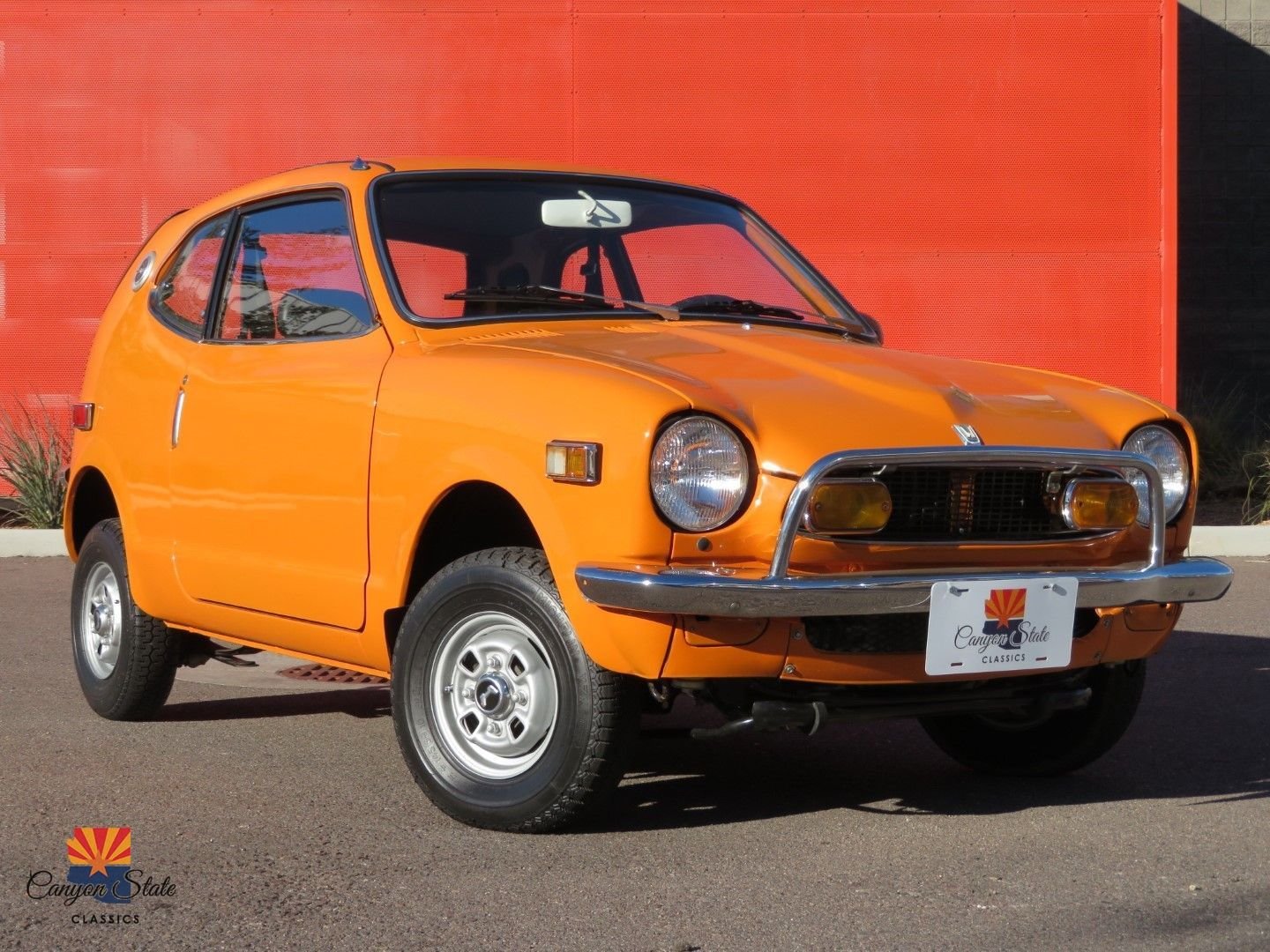 Honda didn't build an automobile until 1962. Already well known as a leading manufacturer of high quality touring and sporting motorcycles, Soichiro 'Pop' Honda began building charming little roadsters, the S500 and S600 with double chain drive to the rear wheels. The quick, agile and economical Honda roadsters led Honda to produce starting in 1966 a front wheel drive coupe and 2-door sedan, the 600, with a 2-cylinder overhead cam air cooled engine. Displacing only 598cc, it delivered 36 horsepower at a breathtaking 6,000 rpm. The Honda achieved notable success despite [or perhaps on account of] its diminutive size. In the time of Oil Embargoes, 42 miles per gallon for a hatchback coupe was not to be overlooked. 9,500 were sold in the U.S. in 1971, more than doubling to 20,500 in 1972 and leading directly to the acceptance and eventual success of the Honda Civic when it was introduced in 1972. Here's what Hemmings had to say:

Everybody has to start somewhere. And although the Honda Motor Company's first four-wheeled products were the brilliantly designed S(port)500/S600/S800 roadsters of the mid-1960s, American buyers weren't able to purchase those through official channels. The first Honda cars that we could—and did—buy in those pre-Civic days were the Z600 Coupe and S600 Sedan, the front-wheel-drive pair that were virtually dwarfed by the contemporary best selling import, the Volkswagen.

1970 was the first model year that Honda cars were sold here, and this charming brochure is from the automaker's sophomore year. We particularly love the flower power-painted Coupe, fresh off the showroom floor.

This 1972 Honda Z600 coupe has been fully and meticulously restored in the orange exterior color typical of the early 70's with a black interior. Its powerful 598cc engine performs as 'Pop' Honda envisioned and its rack and pinion steering responds quickly. Everything from top to bottom has been gone through with all new suspension and brakes, fresh Michelin tires, and a beautifully restored exterior and interior finish

It is the essence of 'cute' and more importantly a milestone in the evolution of Honda, a company that less than 20 years later would introduce the superb high performance NSX. The 600 coupe's high quality, compact size and surprising performance -- capable of cruising all day at freeway speeds -- make it one of the most enjoyable and practical 'milestone' setting automobiles, and it will fit in the smallest parking space or garage.