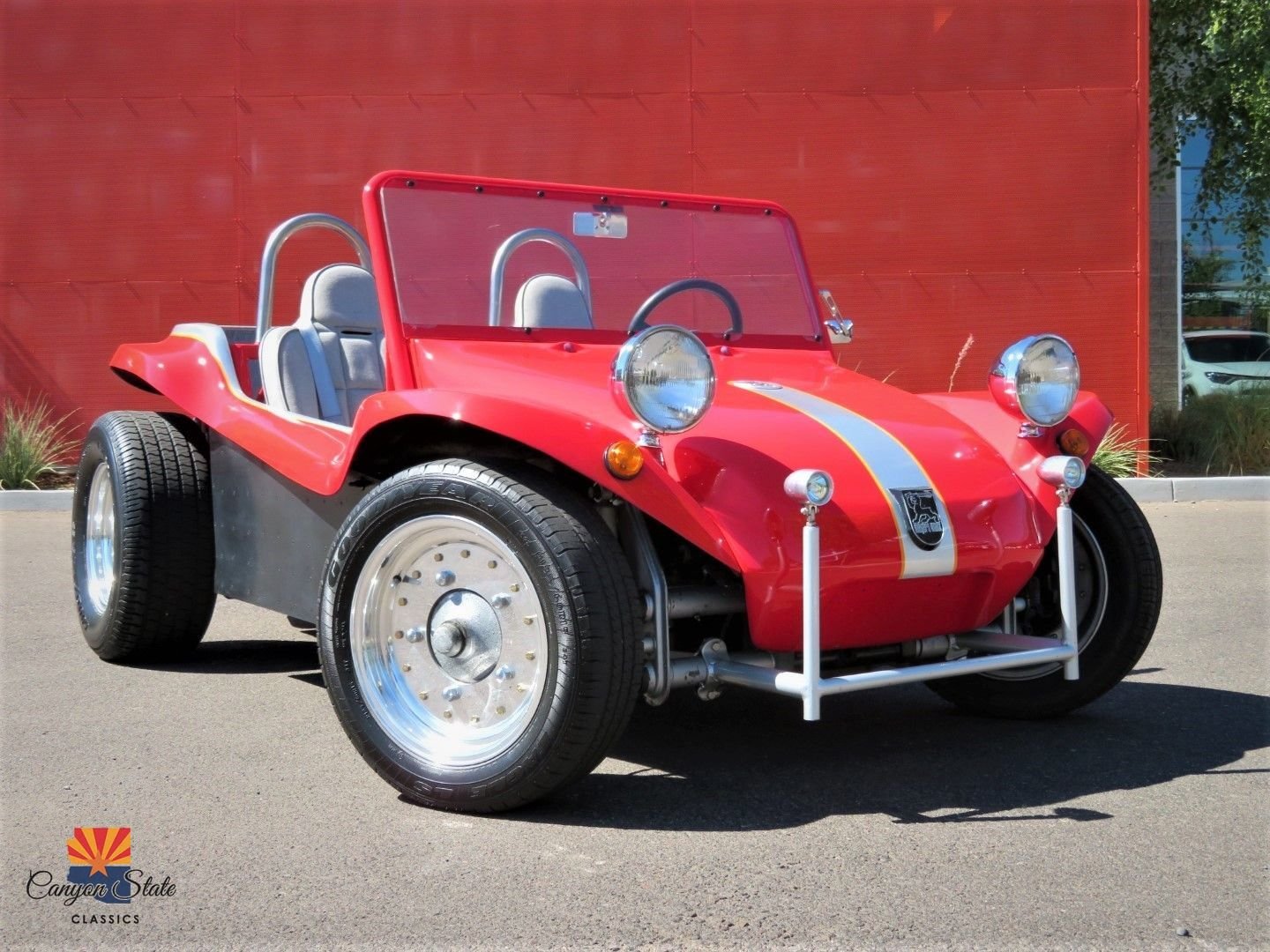 This week Canyon State Classics presents a rare and well built 60s classic. This Meyers-Manx is certified by the Meyers company to be body number #0129 in the registry of over 5200 kits built while the company was producing them during the Mid 60s thru 1971 when the original company ceased operations. This shell would have originally been built around 1965. This example has only about 3100 miles since a complete update and restoration around 15 years ago. Don't miss your chance to own a little piece of not only VW history, but a great American success story of Meyers-Manx!

This car has been personally certified by Bruce Meyers as an original Manx and his opinion is it was one of his first 200 kits produced based on his inspection and certification of the car. The vehicle chassis is a modified 1968 Beetle which has since been titled and registered as a 2014 Special Construction by the State of Arizona. The chassis has been reinforced across the bottom and up along the sides with a steel tubular frame. This cage is covered in 18ga steel sheet metal and all of it is tied into the roll bars and front windshield making the car very rigid and much safer than most of these buggies that were built. Many of these cars had the roll bar bolted right to the fiberglass tub which is pretty much useless in the event of a roll over. The seats and harnesses are also bolted into the sub-frame for safety!

The suspension is basically stock VW setup, link pin design with the addition of 2.5" drop spindels in front and an adjustable beam. KYB shocks are mounted on all 4 corners to improve handling. Polished aluminum 5-lug VW wheels and big meaty Good Year tires grip and rip under this little hot rod buggy!

The buggy runs great mechanically and has never been dyno tested but rest assured this isn't your hippie grandparents VW engine. This setup must be respected when driving it or it will put you into a ditch if you aren't careful. It is very rear weight biased so it takes a learning curve to safely operate. This buggy was built for the street but could easily be modified for the dunes with some paddle tires and an engine cage. Previous owner also notes Tachometer has never been hooked back up using the Mega-Squirt computer

The cosmetics of this Buggy are top notch and the paint and fiberglass work has been completed for almost 15 years and no cracks or fiberglass issues have ever popped up. It looks great from every angle and pride of workmanship is evident through out this build. The car also has a nice sounding CD player with a couple speakers hidden up under the dash.

All in all this is one heck of a nice Manx and most likely one of the most powerful engines ever installed in one of these light weight machines. This buggy has been certified as a authentic and early Manx and been built to the highest standards. Not many out there can hold a candle to what the previous owners have accomplished in building this classic piece of 60s Surf Americana! We can ship this Manx worldwide and have been selling unique automobiles with pride and integrity online since 2001! Please call Jon with any questions. 480-703-2337. Located in Tempe, Arizona!