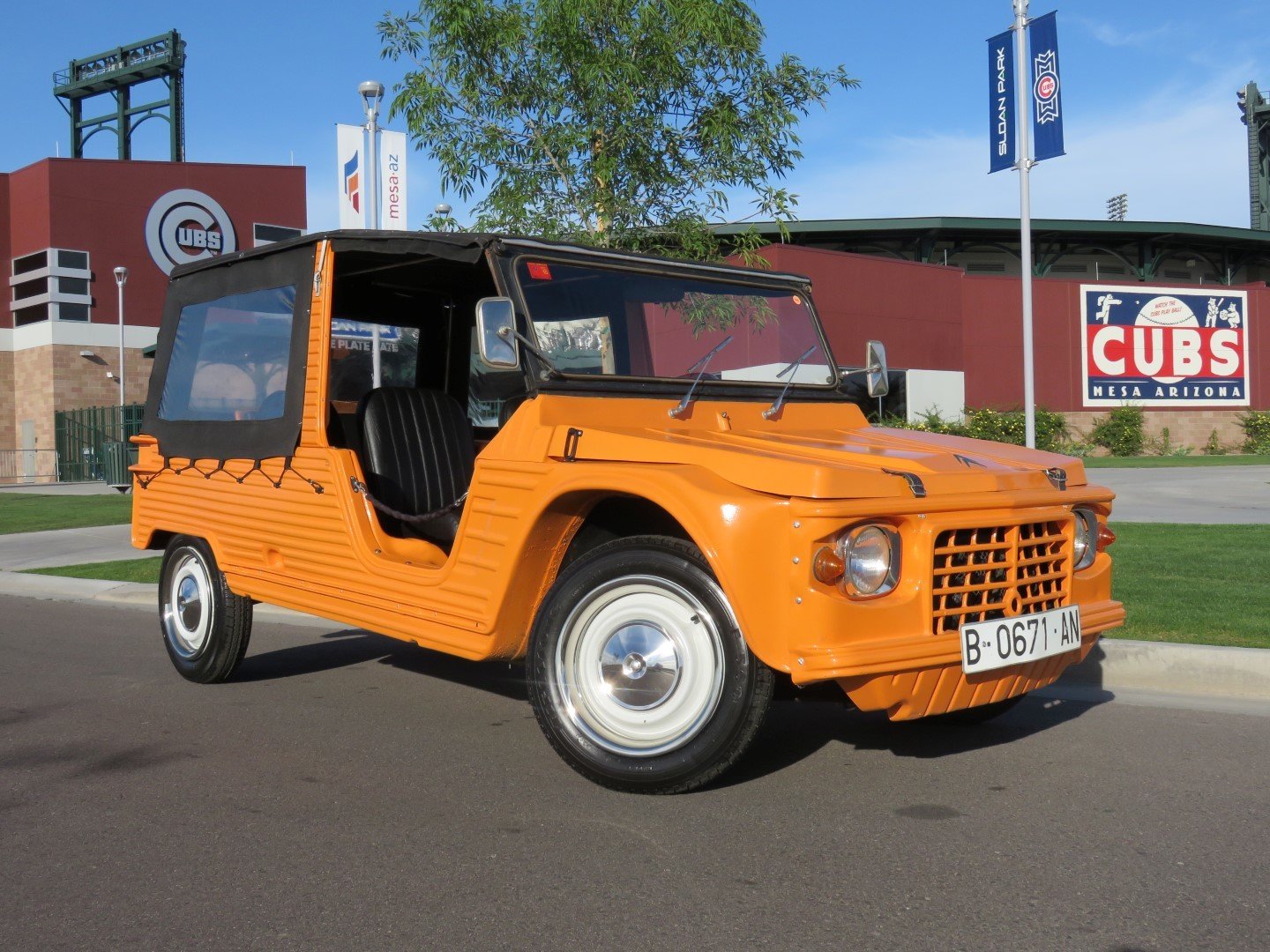 The Citroën Méhari is a utility car and off-roader produced by the French automaker Citroën. 144,953 Méharis were built between 1968 and 1988. A Méhari is a type of fast-running dromedary camel, which can be used for racing or transport. A Méhariste was a French Armée d'Afrique and Army of the Levant cavalryman that used these camels.

The Méhari was based on the Citroën Dyane 6, and had a body made of ABS plastic with a soft-top. It also employed the 602 cc flat twin gasoline engine shared with the 2CV6 and Citroën Ami. A four-wheel drive version of the Méhari was produced from 1980 to 1983 and had excellent off-road qualities, due to the lightness of the vehicle (the standard Méhari weighs just 570 kg (1,257 lb)) and the interconnected fully independent long travel 2CV suspension used by all of the Citroën 'A-Series'
vehicles

This specific Mehari was bought new in Bordeaux France in 1974 and remained in same family for its entire life only traveling 22,000km (13k miles) After years running around wine country the family moved it to a beach house in Ibiza, Spain where in remained for the next 20 years or so. This Mehari was imported into the United States 4 years ago by that same family as a gift for one of the younger members of the family. Previous to importation, this Citroen received a full mechanical restoration by the Citroen Mehari Club of Cote' De Azure. It has a fresh new full top, fresh upholstery, new hubcaps, trim rings, and brand new tires! This thing is very unique and you wont see another one cruisin the beach near you!

This vehicle is being resold for the estate of my previous customer. The car is in Santa Barbara, CA and I can help arrange shipping nationwide. The vehicle was never registered after I sold it to him so is still titled in my dealership name and has only had about 20 miles put on it since I sold it to him 3 years ago. I will stand behind condition and description as fully accurate. Please call Jon with any questions 480-703-2337